DO YOU EVEN KNOW THE UNION TROUBLE?

Union Trouble is an indie band based out of Osaka, Japan, comprised of 6 members from the United States, Canada and England. An all-original band that rarely covers tracks by other artists, their sound is primarily influenced by rock, punk, classic R&B, ska, and funk, with elements of hard metal and hip hop.

Formed in 2010 under the pretense of a group of musicians with "nowhere else to go", the Union started out as a musical experiment, combining established players from a  of musical backgrounds with a common goal of creating unique, original tracks - compositions that can challenge without sacrificing straight up rockability.

All of the Union's jams are written as a group, and run the gamut of relatively straightforward rock, to classic  R&B-infused rhythms to complex unorthodox melodies and structures, and a whole lot more. Their no-gimmicks attitude and energetic anything-goes live performances have made them a popular booking not just in Osaka, but around Japan.

Now seasoned players who are known as one of the hardest working bands in the Osaka scene, the Union has earned both critical and popular acclaim, and as of 2013 their live shows are often at near-capacity attendance. 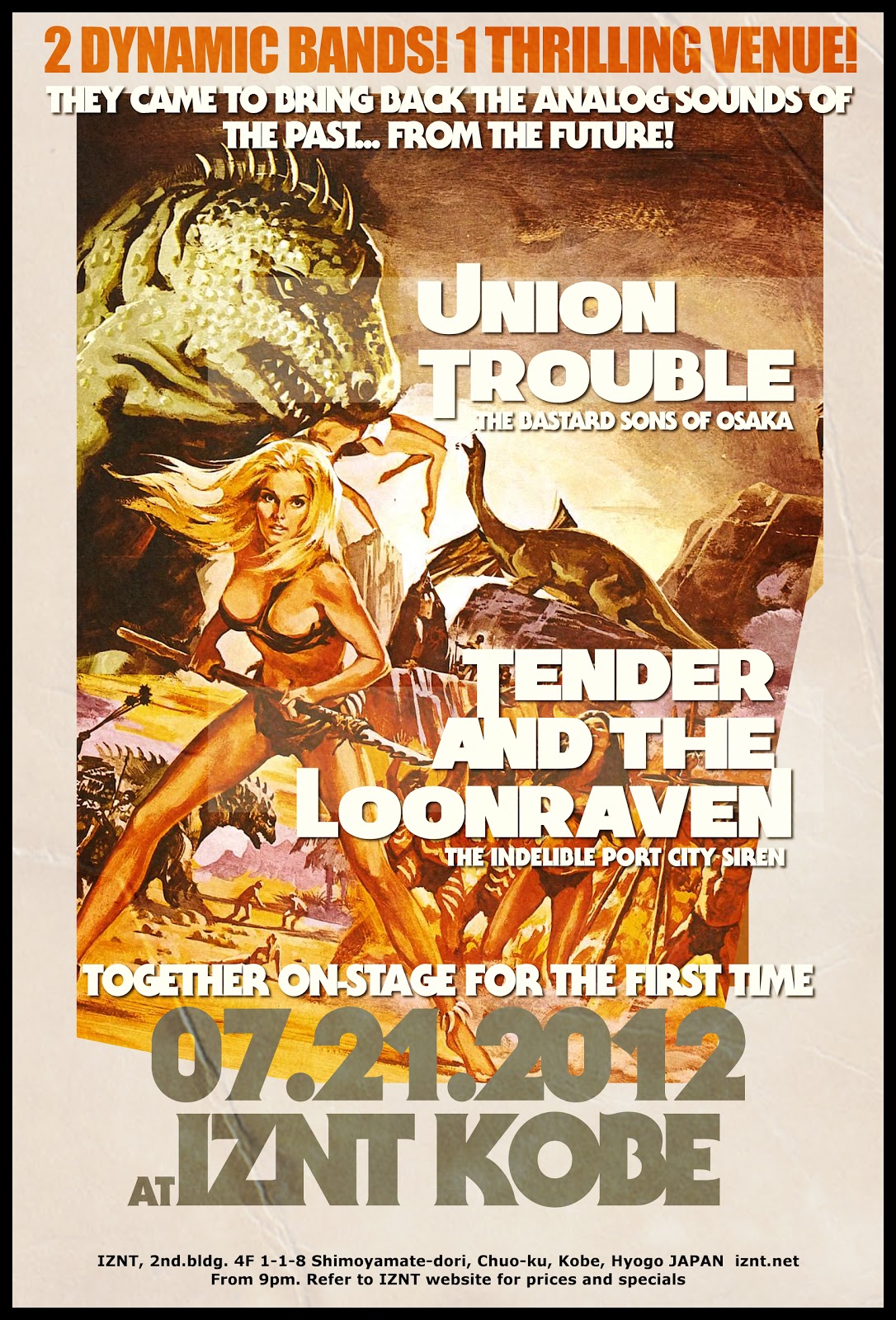